I have had the pleasure of guiding Jess and his family for around five years now. He loves to catch big tarpon and big sharks. We headed out to fish inshore area very close to the boat ramp. We were out of the wind and just putting the line out when he gets hit big giant swirl next to where the float was. But the tarpon must have swam at the boat putting slack in the line and did not get hooked. Just a couple minutes later we get tight and a very big tarpon is jumping like crazy. We chase it down and the fight is on. After making all the big jumps first thing it did not jump after that. The tarpon did get about half way out of the water and I got these shots of it shaking it’s head. 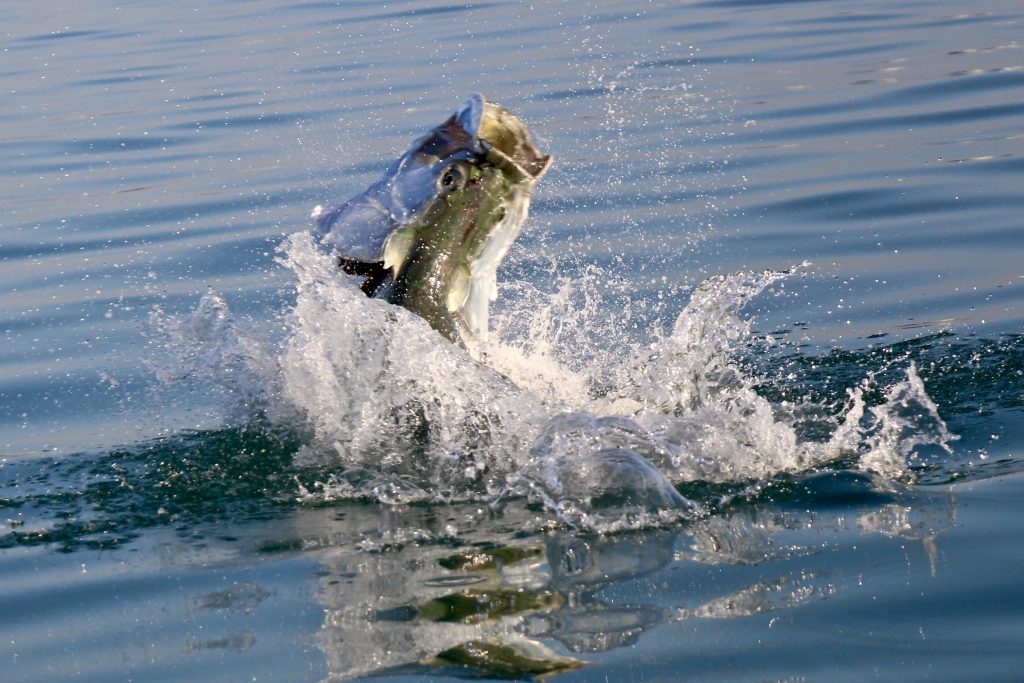 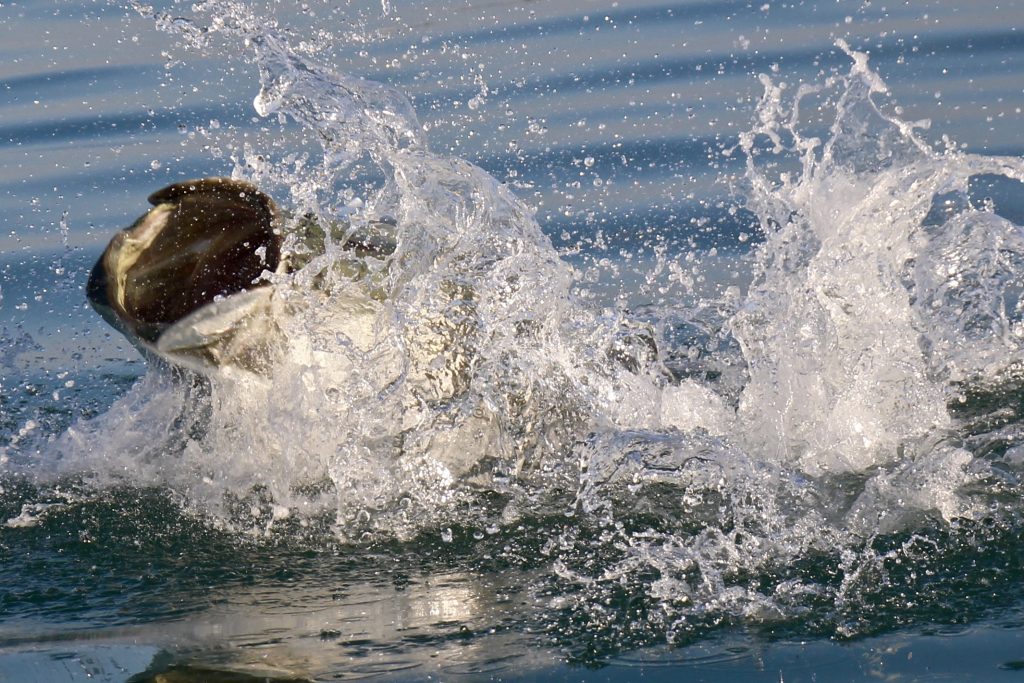 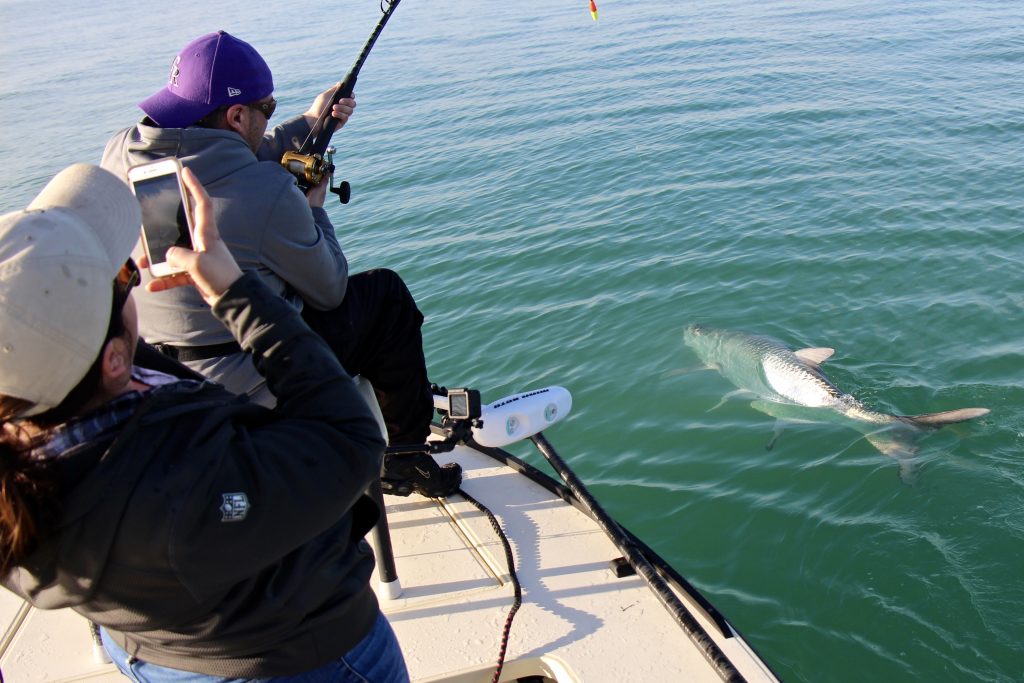 After taking the hook out and released this 150 lb. tarpon. We got back in position for another about five minutes after putting the bait out hooked up again. Now Mita has a big tarpon on, we went after it to chase her tarpon all over Miami, but got it along side the boat and got the hook out. 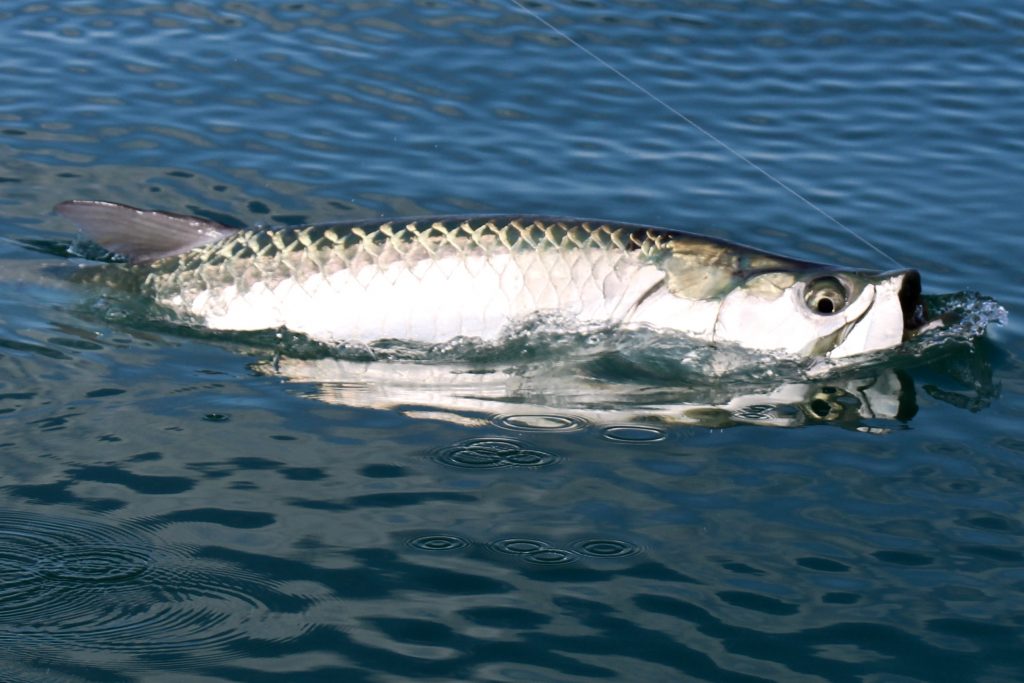 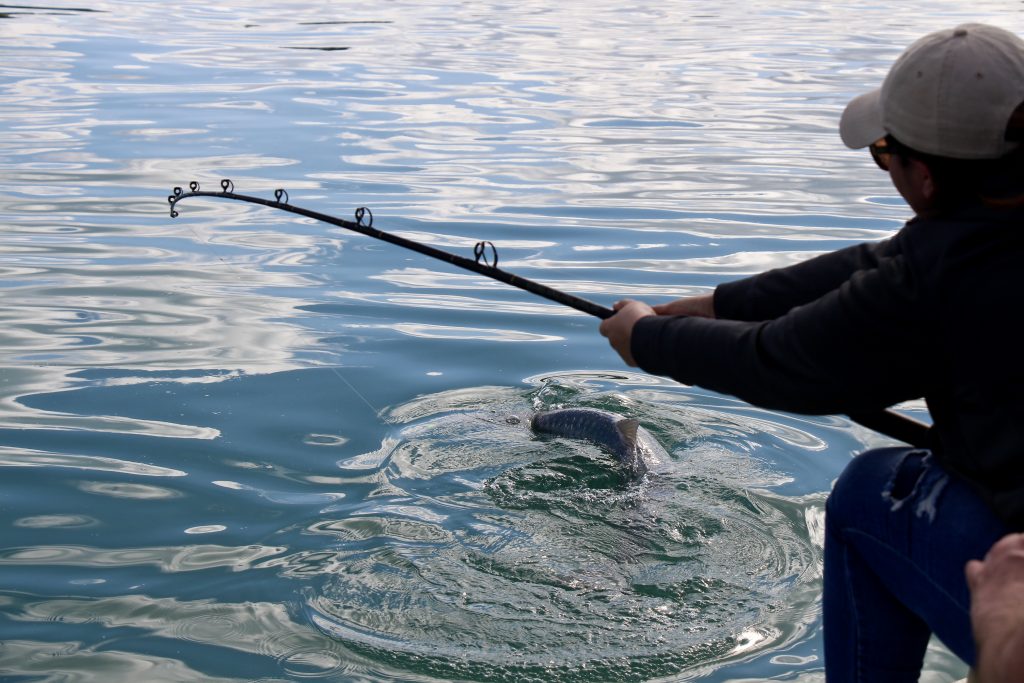 We continue to fish some more for the tarpon that morning, but did not get any bites from them. So we headed out to fish for sharks in the flats of Biscayne Bay. We first caught some shark bait and then headed to an area that holds some very big bull sharks. We had some monster bull sharks look at the bait, but just did not want to eat them that day. We did hook a couple black tip sharks that day also, but they jumped and pulled the hooks out. It was a good day for Jess and Mita and they are fun to fish with.