Teemu comes to Miami to fly fish for tarpon

I received an email from a very good fly fisherman from Finland. He was going to be staying in Fort Lauderdale and wanted to fly fish for tarpon and sharks. I have been guiding Teemu for at least 20 years and whenever he gets to South Florida we go fly fishing for mainly tarpon, but he also likes the black tip sharks that we get in Biscayne Bay and Miami.

We meet up at Crandon Marina on the island of Key Biscayne and headed straight to an area that some tarpon have been hanging out, inshore Miami protected from the wind. We could see some tarpon rolling as I was getting the boat in position to drift right through them. Teemu is casting the fly and I think that it was just the fourth or fifth cast that I hear him say got one. He is hooked up but the tarpon just keeps coming straight at him as he is stripping the fly line as fast as he can to try to stay tight on the fish and not have the hook come out. All of a sudden the tarpon jumps just twenty feet from the boat and then jumps again and throws the hook. The action was crazy and I’m glad the tarpon stayed in the water and did not hit or land in the boat.

We got back to fishing again. I retied the fly on the leader cause it was frayed up from the tarpon, but the fly was still in good shape. I also got a couple bait rods out for his buddy Tapas, he does not fly fish, so Teemu was trying to explain what he was doing. As he was describing how you cast and how you strip the fly, another tarpon eats his fly. He calmly continues to explain what he has to do, he strip strikes the tarpon and now you have to clear the line as the line is flying up and off the deck as the tarpon is grey hound jumping away from us. He clears the fly line and is on the reel with no problems. I get all the other rods out of the way and we head off to catch up to this tarpon. It all looks good as we are close to the fish and starting the tire this fish out. It starts jumping again like crazy. One jump and then a second jump and a third jump and I see the fly line come flying back as the hook pulled on the third jump. 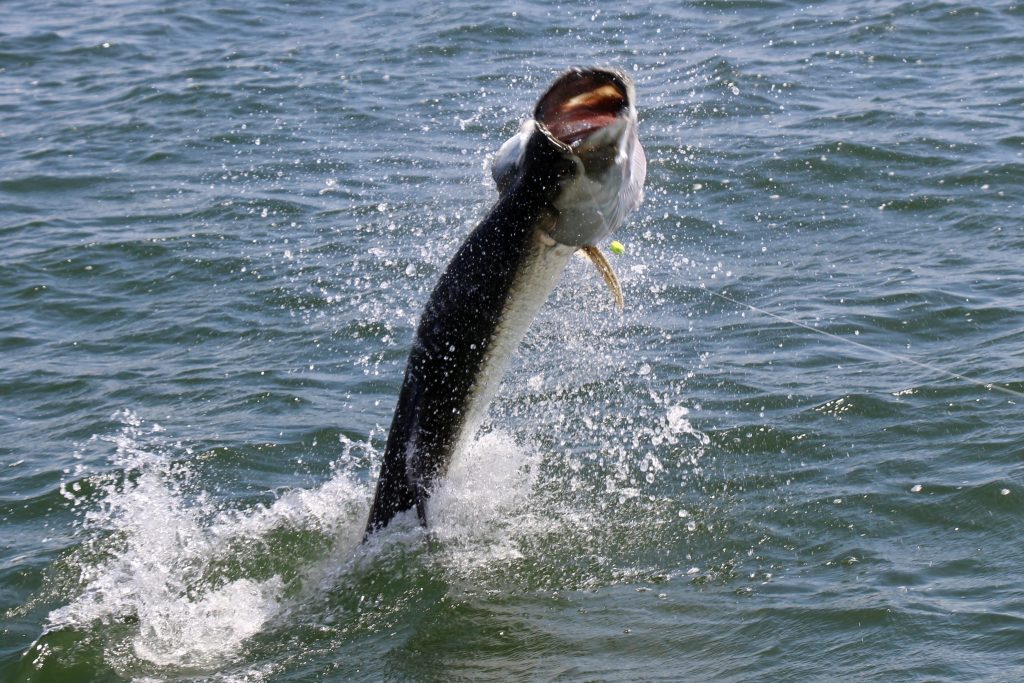 So we keep fishing that area with no more action for awhile and the rod that Tapas is holding gets bent and the line starts screaming off the reel. We go after this fish that wants to drag us all over the place. We were able to get some good photos of this tarpon and after about a forty minute fight on a 30 lb. spinning rod we get the hook out and release the tarpon unharmed. 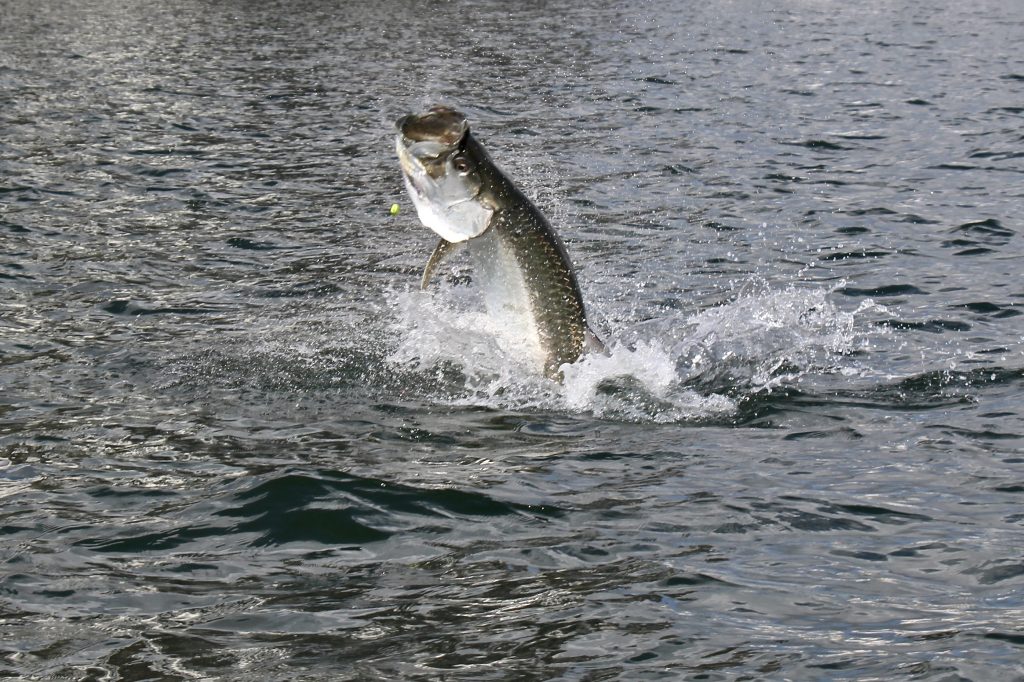 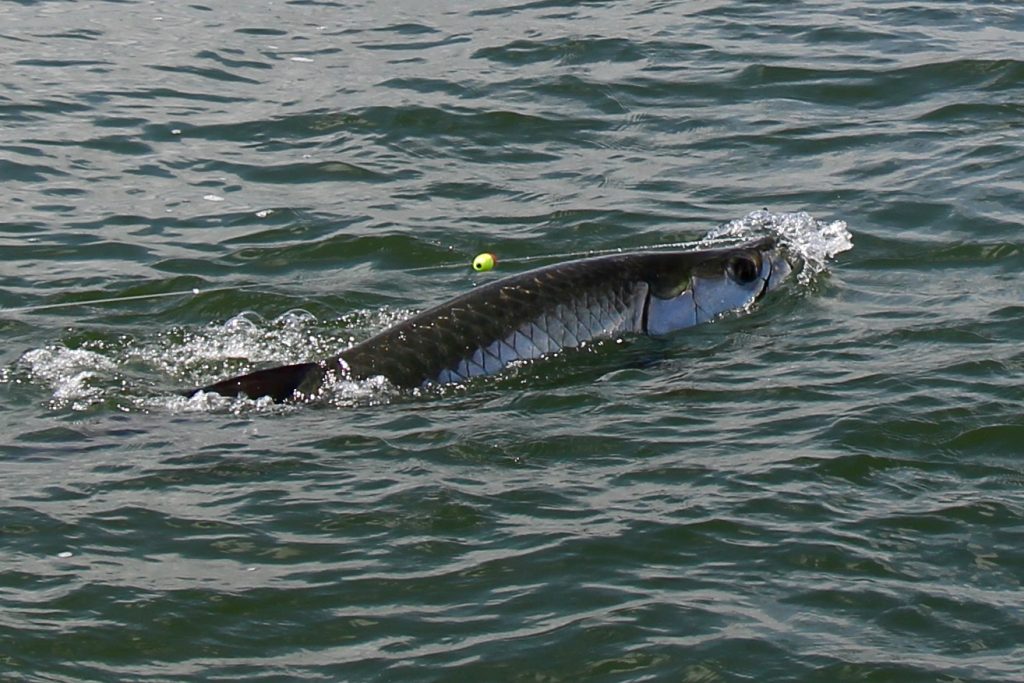 After fighting that tarpon, Tapas tells Teemu, you can have the next one. It did not take long for the next bite, but we lost this one, as it pulled the hook before I could get the rods cleared and get a picture of it. So back to fishing and the bait rod gets another bite. Teemu is able to bring this very big tarpon along side the boat for a release. They both had a great day and got some very memorable photos of there tarpon. 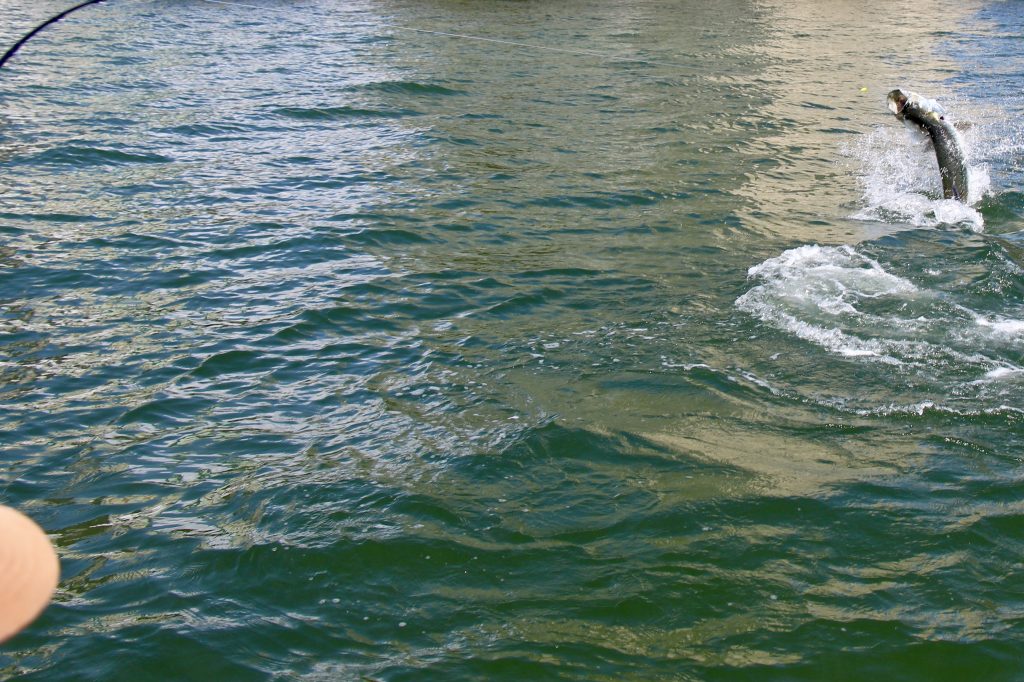 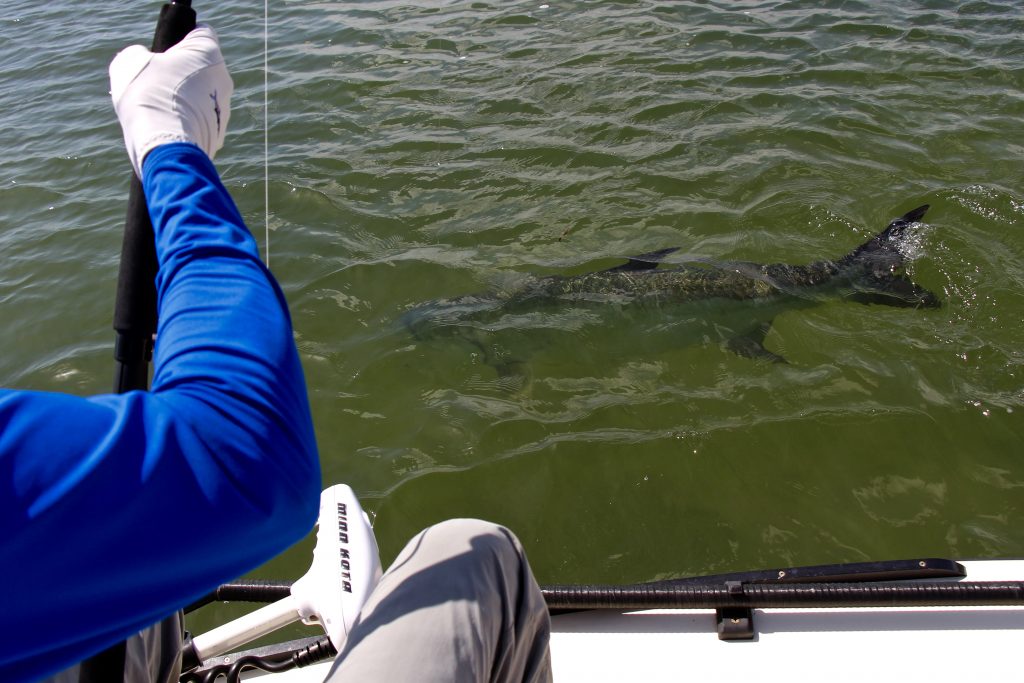 Just look at the size of this tarpons tail!